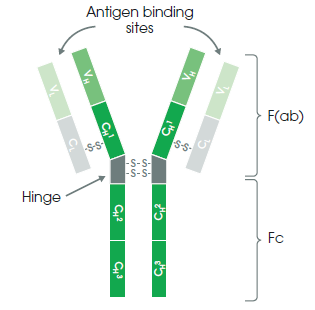 Antibodies exist as one or more copies of a Y-shaped unit, composed of four polypeptide chains. Each Y contains two identical copies of a heavy chain, and two identical copies of a light chain, which are different in their sequence and length. The top of the Y shape contains the variable domain(V) also known as the fragment, antigen-binding(F(ab))region. This region binds tightly and specifically to an epitope on a given antigen. The base of the antibody consists of constant domains(C)and forms what is known as the fragment, crystallizable region(Fc). This region is important for the function of the antibody during an immune response. 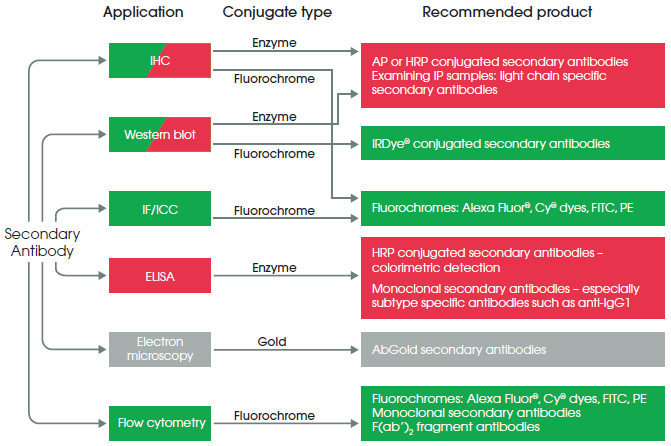 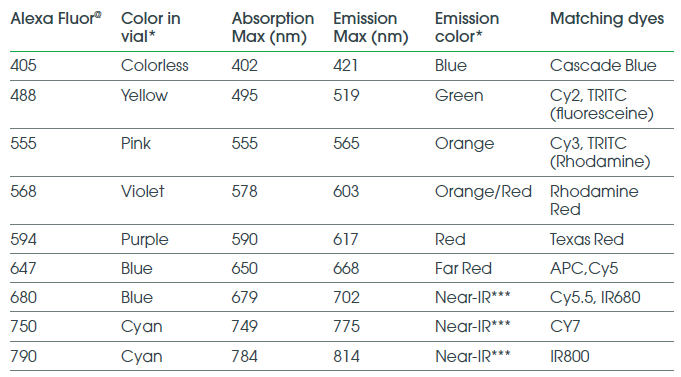 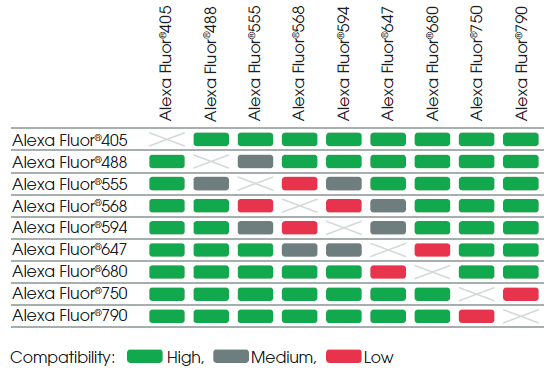 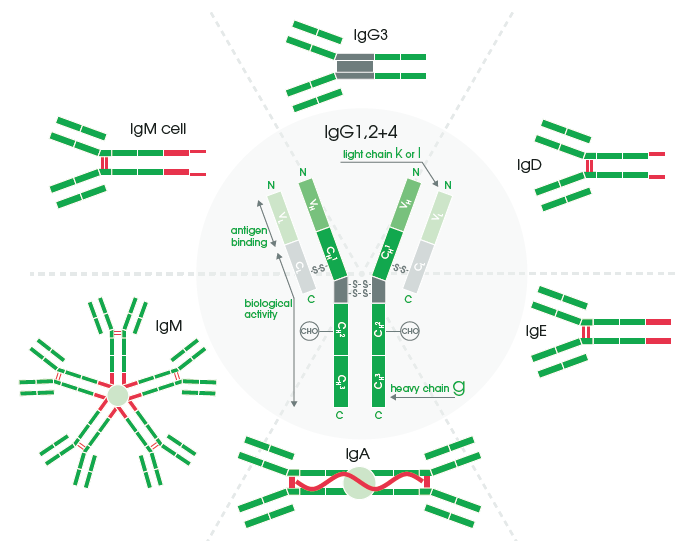 In mammals, antibodies are divided into five isotypes: IgG, IgM, IgA, IgD and IgE, based on the number of Y units and the type of heavy chain. The isotypes differ in their biological properties, functional locations and ability to deal with different antigens:

The type of heavy chain present defines the class of an antibody. There are five types of mammalian Ig heavy chain denoted by Greek letters: α, δ, ε, γ and μ. These chains are found in IgA, IgD, IgE, IgG and IgM antibodies, respectively. Heavy chains differ in size and composition; α and γ contain approximately 450 amino acids, while μ and ε have approximately 550 amino acids.

In mammals there are only two types of light chain, λ and κ. A light chain has two successive domains: one constant domain and one variable domain. The approximate length of a light chain is 211–217 amino acids. Each antibody contains two light chains that are always identical. Other types of light chains, such as the iota (ι) chain, are found in lower vertebrates like Chondrichthyes and Teleostei.

The Y-shape of an antibody can be divided into three sections: two F(ab) regions and an Fc region. The F(ab) regions contain the variable domain that binds to cognate antigens. The Fc fragment provides a binding site for endogenous Fc receptors on the surface of lymphocytes, and is also the site of binding for secondary antibodies. In addition, dye and enzymes can be covalently linked to antibodies on the Fc portion of the antibody for experimental visualization.

These three regions can be cleaved into two F(ab) and one Fc fragments by the proteolytic enzyme pepsin. Antibody fragments have distinct advantages in certain immunochemical techniques. Fragmenting IgG antibodies is sometimes useful because F(ab) fragments (1) will not precipitate the antigen and (2) will not be bound by immune cells in live studies because of the lack of an Fc region. Often, because of their smaller size and lack of crosslinking (due to loss of the Fc region), F(ab) fragments are radiolabeled for use in functional studies. Fc fragments are often used as Fc receptor blocking agents in immunohistochemical staining.