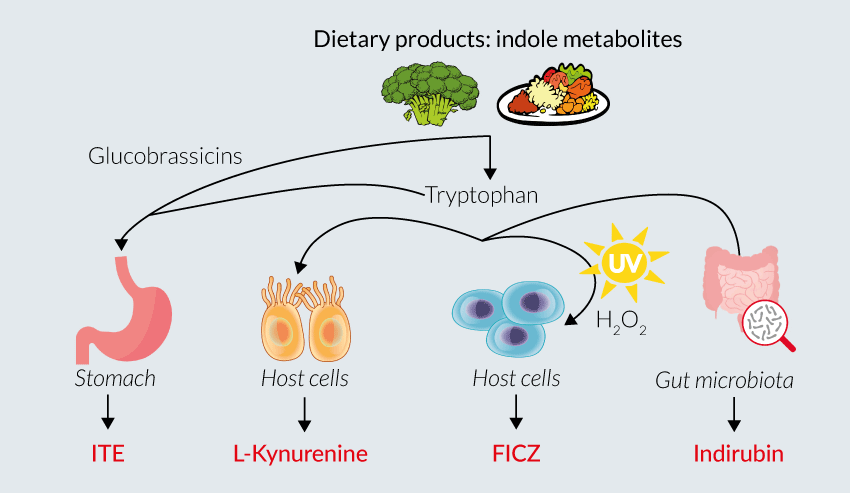 The aryl hydrocarbon receptor (AhR) is a ligand-dependent transcriptional factor able to sense a wide range of structurally different exogenous and endogenous molecules.

AhR ligands vary in their structure, and their binding affinity can significantly differ between mouse and human AhR [1].  AhR agonists have been found to arise from xenobiotics such as pollutants, and indoles mainly derived from tryptophan metabolism occurring in the stomach and in the gut, as well as in other organs upon photo-oxidation or oxidative stress. The prototypic high-affinity AhR agonist, the xenobiotic 2,3,7,8-tetrachlorodibenzo-p-dioxin (TCDD), displays a 10-fold higher affinity for mouse AhR compared to human AhR. Conversely, dietary-derived indole metabolites have a better affinity for human AhR; a possible consequence of evolution [1-3].